Back to all posts

Jerico of The Angels 8 track album is made of selections he co-wrote with multi Grammy nominees Michael O'Hara  and Denise Rich. Jerico hand picked the tracks from a body of recorded demos he collaborated with them on from 1990- 1993.

JERICO QUOTE : " It killed me to give myself,  heart and soul, to these songs and recordings for three years, signed to a production deal with Denise Rich and Michael O'Hara from 1990 - 1993.  My project was destined to be shopped to the major labels, but fate would not weave things that way.

Their production company disbanded, leaving me with an incredible three years body of songs and recordings that sat on a shelf for 23 years. Now I've been given permission by them to release the songs on my own indie label, OsiriStar Records. "... and I have hand selected the 8 tracks on this album from that body of work from so long ago.  These songs were recorded only as demos and were never meant to be released commercially, but I felt they were just too beautiful as is, and it was time to share them with the world.

It's like I'm finally having a baby that I was pregnant with for 23 years , and I can't tell you how emotional and joyous this is. In keeping with the original concept of my recording artist project from those early 1990 years, My CD cover is made up of photos of me from that time, and I plan on releasing only photos from that time in conjunction with the album. " ... Tony Sokol , Daily Offbeat, Dec 15, 2015 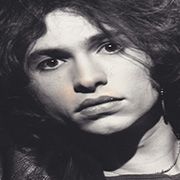 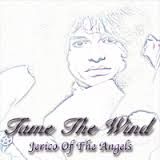